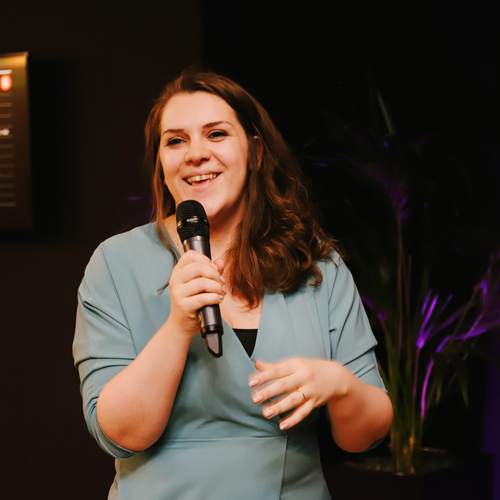 Talks covered by this speaker

The power of belonging

Have you got yours yet?

Our All-Access Passes are a must if you want to get the most out of this event.

With an eclectic 10+ years in various sectors and industries, Jess has consistently strived to bridge the gap between culture, diplomacy and innovation. She spent over 7 years abroad in deployments with the United Nations, NGOs, civil society, startups in EMEA, MENA and LATAM regions. She has built her career around interdisciplinary thinking, and adding value from a cross-sectorial approach.

Jess works within the UK Government on matters of cultural diplomacy, soft power and international affairs. In September 2020, she began her PhD in interdisciplinary thinking, focusing on how soft power is understood, what metrics we use and how successful it is as a term.

Jess is the co-founder of a professional network, the Growth & Grace Collective (G&G), a global network changing the narrative of upskilling, learning and development. In their first year, they powered up 2500+ people over 70 events with a truly global attendance, from Chile, Kenya, Jordan, to Singapore. G&G engaging an audience of over 15k internationally.

In January 2021, she launched Gosling & Co. to challenge the perceptions around self-promotion, unconscious biases and imposter syndrome facing women and under-represented groups.

In the past year, Jess's work has been recognised globally:

> Most Influential Women in the Tech UK 2020, Computer Weekly

> Invited to speak at the United Nations on digital inclusivity.

> Heading a Hong Kong-based platform with a 6-million readership

> Curator of a bi-weekly segment titled Culture, Diplomacy and Innovation with 17k readership in six months.

She is an avid traveller to unorthodox places (having reached 70 earlier this year), tech enthusiast, environmentally conscious citizen, nonfiction reader, and a shameless outfit repeater.

Your logo could go here!

If you'd like to get your brand in front of attendees following the categories this speaker is talking about (on this page, via email and during each talk) contact us.
We use cookies This website (and some of its third-party tools) use cookies. These are important as they allow us to deliver an exceptional experience whilst browsing the site.